Pete Zaitcev asked for a screen shot. Here are two. 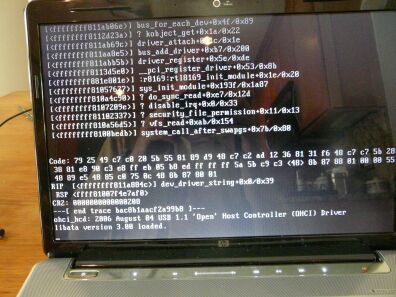 This is the screen where it hangs up for several minutes before going into install mode. 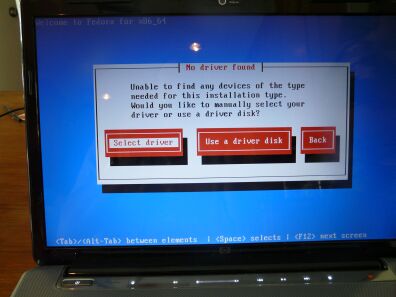 And this one is the cryptic message that I get. I have no idea what it’s looking for here.