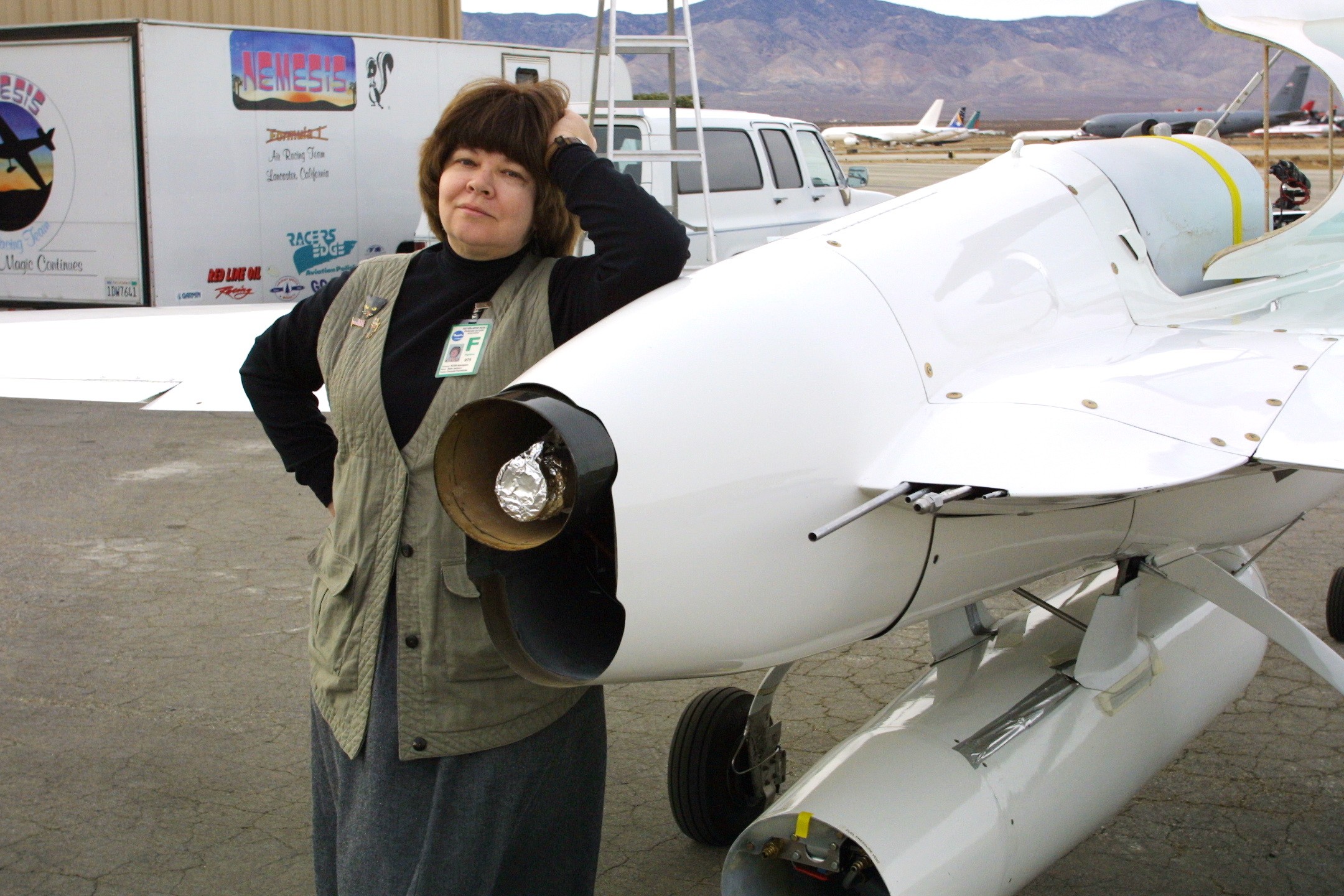 Aleta, as she was known to all, passed away this morning in the Midland hospital ER. Aleta knew from the time she was twelve that she would build and fly spaceships. Her first professional work was as an engineering co op from Indiana Tech working on the Gemini program for McDonnell. Her engineering degree was cut short when she went home to nurse her mother back to health. After that, she joined the USAF as airman Jackson.

Aleta worked for Xerox for ten years as a repair technician and wrote both science fiction and non-fiction stories. She worked for the L-5 Society, both in Tucson and later in Washington DC. During her stay in DC, Aleta became an aide to General Daniel Graham and helped create the DC-X launch vehicle, later renamed the Clipper Graham. She also edited the Journal of Practical Applications of Space while with Graham’s Strategic Defense Initiative Organization.

As an indefatigable supporter of launch vehicle development, Aleta then became one of Rotary Rocket Company’s first employees, where she was general office manager. When the propulsion group was laid off from Rotary, Aleta was the person who told Jeff Greason, Dan DeLong, and Doug Jones that they had to stick with it, and founded XCOR Aerospace.

In the beginning, because the XCOR founders received no pay, Aleta took an additional job as a reporter/editor of the Mojave Desert News. Meanwhile, she was XCOR’s purchasing, personnel, bookkeeping, editorial, receiving, community outreach, and travel departments. As the company grew, she shed most of these tasks. In late 2015 she helped Jeff Greason start Agile Aero. Aleta was a personal as well as professional partner of Dan DeLong since the early days of Rotary, and they were officially married in 2016. The very next day, however, she was diagnosed with ovarian cancer, and succumbed to complications of the chemotherapy regimen.

My deepest condolences to Dan, and her friends and family. She was a long-time friend and occasional colleague, and no one I know fought harder for our future in space.

I’ve added what Dan tells me was one of her favorite pictures of herself.

I encourage people to read all of the kind and understandably heartbroken comments, but this one from Dan is important for those who knew her:

Thanks all for the kind words. In order to allow time for those traveling, and to get around the holidays, the memorial service will be Sunday, Jan 15 at the Christian Church of Midland at 2608 Neely Ave. Thanks again, Dan.

I do as well, because thanks to Rufo’s and Henry’s generosity, I once shared a hotel room with them at the Space Access Conference (despite my allergy to dogs, but I survived, and he was a great dog. And I’ve done that more than once, even after the passing of Rufo, despite the fact that I snore, for which I’m grateful to Henry, and will always regret any loss of sleep on his part).

Via Clark Lindey, here is the local news reporting:

Greason, who is now the founder of upstart Midland-headquartered Agile Aero, said DeLong’s role in XCOR was invaluable in helping ideas become reality but that she always stayed in the background.

“During the time before I came to know her in the late ’80s and early ’90s, the idea of commercial or reusable space vehicles was a lonely idea to be a champion of,” he said. “She was one of a very small number of people running around and keeping that idea alive. She was never somebody who put her name on the front door, but wherever you turned … you’d find her as the person keeping the community together.”

Yes. I feel like Aleta was always there, and there is a big hole in my life that she no longer is.

Here’s a guestbook via legacy.com (not sure how official this is, but it’s via NASAWatch, and Keith apparently cannot bring himself to link to this website, despite the numerous encomia here, and its current numero-uno ranking on Google for Aleta’s name).